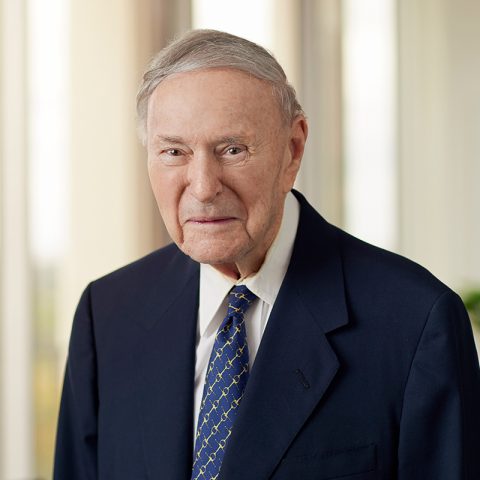 Tom Eubank is a Director Emeritus of Sentinel Trust in addition to being a distinguished estate planning attorney and a nationwide leader in estate planning and probate matters. A native-born Texan, Tom earned his undergraduate degree from Rice University before earning his Juris Doctorate from The University of Texas at Austin.

Tom started his legal career at Baker Botts in 1954, where he practiced for 37 years before retiring as a Senior Partner in 1991. During his career, Tom has served as President of the American College of Trust and Estate Counsel (ACTEC), the Chair of the Real Estate, Probate and Trust Law Section of the State Bar of Texas (REPTL), and the Chair of the Real Property, Probate & Trust Law Section of the American Bar Association (RPPTL). During his tenure with the American Bar Association, Tom served on the Editorial Board for the Uniform Probate Code and testified before Congress on a number of taxation matters. Tom has served as a Rice University Trustee Advisor and member of the Board of Governors (1985-1991). Tom was the recipient of the Rice University Gold Medal Award in 1992.

During the 1960s, he played a pivotal role in the history of Rice by establishing the legal grounds upon which Rice admitted its first minority students. He also authored the legal work that enabled Rice to change its name from the Rice Institute to Rice University.