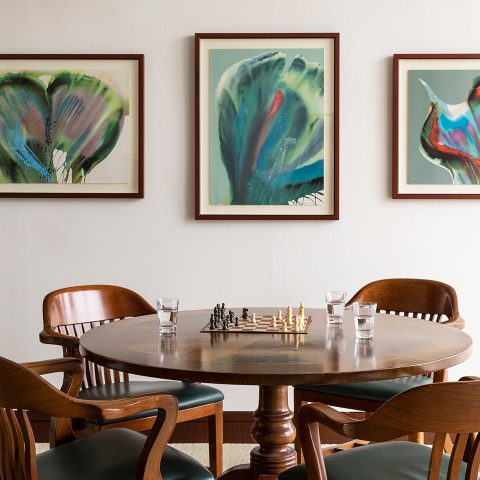 Sentinel Trust’s Chief Investment Officer, Todd Burchett, discusses potential tax law changes, factors that play into the US equity market’s historical response to tax law changes, and what actions you can take now to take advantage of these potential changes in this month’s video update.

For a Q&A on potential tax law changes and more information on how the Sentinel Trust Investment team is preparing for these changes, please read the full text below or download the PDF version.

How worried should I be about the prospect of rising tax rates and their effects on markets? Overall, we are not terribly concerned that increased tax rates will automatically have negative impacts on the broad markets. The tax hikes of 2013 coincided with the best calendar year return for US stocks in the 2010-2020 decade. Conversely, the tax cuts in 2018 coincided with the worst calendar year return for stocks. We are not saying that higher taxes beget higher stock prices, but do think there are many other factors impacting the markets. In 2013, investors were quite bearish following the 2008 and 2011 crises and the new threat of tax hikes. However, stocks were also relatively cheap and the Federal Reserve was very accommodative. Conversely in 2018, investors were optimistic about the tax cuts and the recovering global economy, but stocks were more expensive and the Fed attempted to hike rates. We are watching the tax situation closely along with these other factors. It should also be noted that 75% of US equities are owned by institutional, tax-exempt organizations that would not be as impacted by higher taxes.

Individual households should review their overall financial picture to determine whether there are personal adjustments that could mitigate the effects of increased taxes. For example, certain individuals should consider opening Roth IRAs or converting a traditional IRA to a Roth IRA. Additionally, if you are able to determine when you will collect certain income, you might consider accelerating it and collecting now while rates are lower. Similarly, if there are known liabilities in the next several years, accelerating some sales at existing tax rates may be prudent. Remarkably, in 2018 over 70% of high-income earners made charitable cash donations and realized gains, but just 8% made charitable donations with highly appreciated securities. This is an underutilized strategy that will make even more sense in a higher tax regime. We are certainly happy to meet with you individually to discuss these and other planning issues.

Personal feelings aside, from a political perspective, how realistic is it that these proposals will pass? From our perspective, the recent announcements are likely just an opening salvo and an attempt to appease the far left before moving toward the middle. As we know, the president proposes but Congress disposes the budget, so the current discussions are presumably mostly rhetoric. Not a single Republican voted for the most recent pandemic relief bill that was passed in March and provided a third round of stimulus checks to Americans. They are even more unlikely to support the sweeping proposals contained in President Biden’s more recent plans. Moderate Democrats, like Joe Manchin of West Virginia, have also come out against such significant hikes. President Biden has already stated that he is willing to compromise and we expect Congress to consider more moderate tax increases. In any event, our philosophy of being long-term investors creates a favorable hedge against the developments in Washington – generally, holding securities through volatility and multiple cycles of political regimes produces the best long-term results. Bipartisan research from the Congressional Budget Office has shown that, historically, very high taxes on capital gains actually reduced turnover and Federal tax revenues.

How is Sentinel adjusting exposure to more tax-efficient investments? We have maintained and added exposure to high-yield municipal bonds over the last year. We plan to focus one of our primary bond strategies predominately to high-yield municipals. We view the municipal space as very attractive, given relatively strong tax-free yields, the recent support for state and local municipalities in recent stimulus policy and infrastructure proposals, and the potential for higher corporate and income tax rates moving forward. We have also generally maintained our exposure to high-grade municipals for similar reasons, whereas we are considerably underweight high-grade taxable bonds. Whereas in Q1, Treasuries (where we are extremely underweight) experienced their worst quarter in four decades, municipals have had their best year versus Treasuries since 2009 for this very reason. The flows into municipals have been considerable and we expect them to continue in the face of higher rates. We also plan to engage in significantly more tax-loss harvesting within our municipal portfolios moving forward. The potential for higher tax rates and higher interest rates is well suited for such a strategy.

Are you considering accelerating the realization of long-term capital gains in anticipation of higher rates later this year? We recognize that many advisors are currently touting tax-managed strategies with an eye toward tax law changes, and we are engaged in internal debate and have discussed with many of our outside managers the idea of “strategic gains realization” in US equities. This strategy would involve selling equities this year at the existing long-term capital gains rates, refreshing our cost basis, which would then allow us to potentially take losses in the future at higher rates. We have yet to pull the trigger on this approach as it depends on many unknowns, but continue to debate whether it may make sense generally. One risk to this strategy is that taxes enacted later this year could be made effective retroactive to earlier in 2021. We do conclude, however, that strategic gains realization may make particular sense for clients with known liabilities in the near future.

How is Sentinel adjusting other strategic modeling based on these future unknowns? We are modeling changes in the individual and capital gains rates in our strategic asset allocation models. Our initial exercises indicate that higher capital gains rates might actually favor US equities where we have little turnover in the portfolio and where our post-tax returns have generally outpaced pre-tax returns. If anything, higher rates would likely lead to a reduction in exposure to areas where we are more active and have more long-term capital gains realized, like hedge funds and international equities. We would likely increase exposure in areas like private equity, where we have long-term hold horizons and expect some good realizations over the next year which will allow for a natural liquidation of assets.

What is the Sentinel investment team concerned about or keeping a particularly close eye on? Obviously, we are watching market reactions very closely and watching polls and forecasting models. President Biden’s proposal to raise the corporate tax rate to 28% was actually met with very little market reaction. Firms with lower tax rates that would presumably be most impacted actually performed better than firms with higher tax rates. The announcement that the administration is proposing to double capital gains rates for high income earners was met by less than a 1% decline in markets, which was quickly recovered. These reactions seem to support the idea that, at this stage, the proposals are largely just rhetoric and there are other risks, like inflation, more prominently on the minds of most investors.

While we continue to gauge reactions, we are focused on improving liquidity and flexibility, and reducing investment costs. We are concerned about rising global inequality and populism and their potential effects on markets. As we have discussed in previous updates, populism has been the driver behind our underweight exposure in regions like Latin America. On a portfolio and global basis, we are aiming to have a fairly liquid portfolio so that we can react quickly, should rising populism lead to outcomes like we have seen in Latin American, on a broader scale. We have also recently increased exposure to gold and real estate as hedges against higher inflation and weaker currencies, both of which generally follow rising populism.

What other planning should I be considering? Aside from the investment considerations, we believe this is an ideal time to revisit your tax and estate planning, and to consider accelerating any strategies that might only make sense under current law. We have discussed wealth transfer strategies – such as tax-planned gift, sale and trust structures – with many of our clients over the last few months. Of course, any planning strategy is client- and circumstance-specific, but we would be glad to consult with you to discuss your current planning and any potential opportunities. As always, we also welcome your questions, comments and feedback.

This material is published solely for the interests of clients and friends of Sentinel Trust Company, L.B.A. and is for discussion purposes only. The opinions expressed are those of Sentinel Trust Company management and are current as of the date appearing on this material and subject to change, without notice. Any opinions or solutions described may not be suitable for all investors nor apply to all scenarios. The information does not constitute legal or tax advice and should not be substituted for a formal opinion. Individuals are encouraged to consult with their professional advisors.

The material is not intended to be used as investment advice, nor should it be construed or relied upon, as a solicitation, recommendation, or any offer to buy or sell any securities or products. Any offer may only be made in the current offering memorandum of a fund, provided only to qualified offerees and in accordance with applicable laws. Each type of investment is unique. This material does not list, and does not purport to list, the risk factors associated with investment decisions. There can be no assurance that any specific investment or investment strategy will be profitable and past performance is not a guarantee of future investment results. Before making any investment decision, you should carefully review offering materials and related information for specific risk and other important information regarding an investment in that type of fund.

Information derived from independent third-party sources is deemed to be reliable, but Sentinel Trust cannot guarantee its accuracy or the assumptions on which such information is based.